The Need For Discovery In Hartford, Connecticut Motorcycle Accident Cases 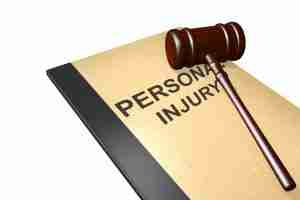 This is the next post in our series on the handling of Hartford, Connecticut motorcycle accident cases. Our last article explained why the process of dealing with insurance adjusters after a motorcycle accident may take longer than expected. In catastrophic injury cases a large amount of time may pass before the victim’s long-term prognosis may be ascertained. It is important to understand the full impact of the injuries before negotiating settlement terms with the insurance company. An experienced personal injury lawyer can take steps to ensure that your case is handled properly. This article will review the importance of the discovery process in a motorcycle accident case. If you or a loved one have been injured in an accident, contact our office today to speak with an attorney.

Discovery is the formal legal process used by attorneys to gather evidence during a lawsuit.  Lawyers for both sides have several tools at their disposal for gathering evidence. Interrogatories may be used to require that the other side provide detailed written answers to written questions. A lawyer may issue requests for production or subpoenas to acquire documents, records, and physical objects from third parties. Depositions may be used to require the defendant or third parties, such as witnesses, to appear for an interview and to answer questions, under oath, in the presence of a court reporter. Given the complexities involved in motorcycle accident cases, discovery can play an especially important role.

It is not uncommon in motorcycle crash litigation for the defendant’s attorney to dispute the liability of their client. Defense lawyers often claim that the motorcycle rider was driving recklessly and was wholly or partially at fault for the accident. Through the discovery process, evidence may be gathered to refute these arguments and establish the defendant’s liability. For example, if a motorcycle rider changes lanes without signaling and is hit by a car, it may initially appear that the rider was completely at fault. Using the discovery process, the rider’s attorney requests the driver’s phone records and learns that the driver of the car was texting at the time of the crash. The lawyer also requests the driver’s GPS information recorded by his vehicle, which shows that he was speeding when the incident happened. Armed with this evidence, an accident reconstructionist can show that, if the driver had been paying attention and driving within the speed limit, he would have had plenty of time to slow down and avoid hitting the rider. Such evidence may result in the rider being able to recover a portion of their damages under Connecticut’s comparative fault laws. It is important to remember that how the jury will rule in any given matter is always going to depend on the specific facts of the case.

If you or a loved one have been involved in a motorcycle accident, it is imperative to contact a law firm with experience in serious injury cases. Our firm has over 50 years of experience with personal injury cases in Hartford, Connecticut. Call us today to speak with a motorcycle accident lawyer. We also service the areas of Wethersfield, New Britain, Rocky Hill, East and West Hartford, Bristol, Glastonbury, and Manchester, as well as the Middlesex County cities of Middletown and Cromwell.