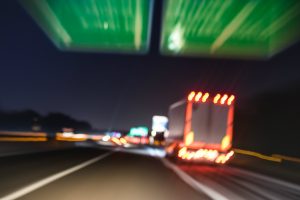 This is the next post in our series on the handling of Hartford, Connecticut trucking accident cases. Our last article discussed the identification of defendants after a trucking accident. It is important to understand such matters may involve multiple wrongdoers. These can include the vehicle’s driver, its owner, as well as other third parties. Failing to include a party in a lawsuit can result in the Plaintiff not receiving the full amount of compensation which they deserve. An experienced personal injury attorney can help to ensure that all necessary parties are named. In this article we will discuss another important topic – how our state’s comparative fault laws apply to such matters. If you or a loved one have been injured, then contact our office today to schedule an initial consultation.

Many victims mistakenly believe that they cannot recover damages if they were, in any way, responsible for the accident. Connecticut, however, is like many other states in that it recognizes the concept of “comparative fault.” This means that a victim may receive compensation even if they bear partial responsibility for the incident. Any compensation which the victim is awarded will be reduced by their share of the blame. Determinations of fault will be made by the jury. If the jurors find that the victim was fifty-one percent, or more responsible for the incident then no compensation will be awarded.

The foregoing concepts are best explained through an example. Say that a person is driving their car and changes lanes without signaling. Now suppose that a trucker was looking at their cell phone and was not paying attention to the road. Also, suppose that the trucker was speeding and had been driving the vehicle for an amount of time longer than what is allowed under the law. The truck hits the car. Finally, suppose the evidence shows that the trucker could have avoided the accident if he or she had been paying attention. While the car’s driver was negligent, by switching lanes without signaling, under these facts there is a good chance that the jurors would find that the truck driver should bear the bulk of the blame. If, as a further example, the jury found that the plaintiff suffered $100,000 in damages and was ten percent responsible for the accident, then the plaintiff would recover $90,000 ($100,000 – 10 percent). It cannot be stressed enough, however, that how the jury will rule in any given situation is always going to depend on the specific facts of the case.

If you have been injured by a semi then it is vital that you retain a Hartford trucking accident lawyer who is experienced in handling such matters. Claims of comparative fault can involve complicated issues of fact and law. You will need counsel who is experienced in presenting such matters to both the Judge and the Jury. Our attorneys have decades of combined experience and our firm prides itself on providing the highest levels of service. Contact our office today to schedule an initial consultation. We also service the areas of Wethersfield, New Britain, Rocky Hill, East and West Hartford, Bristol, Glastonbury, and Manchester, as well as the Middlesex County cities of Middletown and Cromwell.